E.A.R. is still serving you during the pandemic. In fact, this is a good time to get your products serviced or repaired. Or upgrade to a better listening system.
Skip to content
Facebook-f Twitter Youtube
Menu

There are numerous advantages to CHMHPs:

While these products are cost efficient and beneficial, there are some variables that must be evaluated seriously before their adoption 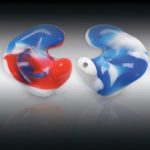 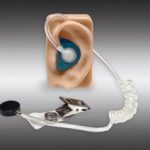 Successful fittings of CMHPDs that ensure maximum comfort and attenuation characteristics are conducted by individuals specially trained in the best practice methods of taking ear impressions. Ear canal shapes and sizes are as unique as fingerprints; no two are exactly alike. Ear impressions must be taken safely with no artifacts impeding the fabrication of the CMHPD. Some companies choose CMHPD providers that offer an onsite ear impression service with a traveling professionally trained staff that has verification of liability insurance. Others prefer to use members of their staff, such as nursing, or safety employees properly trained to obtain these ear impressions. Either of these options allow for significantly less worker “down time,” as they simply go to a central position within the plant for the impressions. There are also “do-it-yourself” kits. While a less expensive option, these may be dangerous and result in ill-fitting CMHPDs, injury to the ear, reduction of 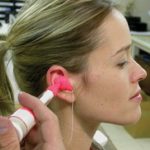 comfort and a reduction of the NRR ratings.

Once the impressions are obtained, the next concern is making sure the CMHPD will be used by the worker. The most popular choices use high-grade silicone that do not shrink over time and are water repellant (hydrophobic) and in many cases float on water. These products offer two options:

On the horizon is technology that will scan the ear, ear canal and tympanic membrane 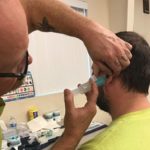 (eardrum) by 3D scanning computerized techniques, thus eliminating the need for ear impressions. This will supply all the information required to fabricate CMHPDs.

Another concern is the acceptance of CMHPDs. Most companies offer the CMHPDs to employees who do not like or cannot use the generic or disposable earplugs or earmuffs. Workers who are exposed to the most noise and need HPDs all day find that CMHPDs are very comfortable and provide the most efficient attenuation available.

The critical measurement of HPDs is the amount of protection the worker obtains from one. A common perception is that if the NRR is 33 dB then the worker is obtaining a 33 dB attenuation from the HPD. The NRR is an earplug attenuation measurement that is taken in a laboratory under controlled conditions. The PAR is the actual amount of attenuation in dB provided by the HPD within an “in situ” or in-use situation. Thus, the NRR laboratory measures and the PAR individual user measures do not correlate well. 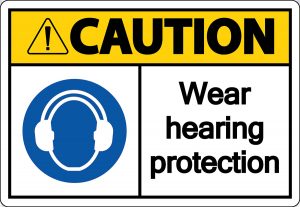 To complicate the direct use of the NRR further, Berger, Voix & Harper (2008) found that many individuals using disposable and reusable HPDs were significantly under attenuated relative to the noise levels present due to insertion variations, thus non-compliant according to OSHA standards.

To ensure compliance for HPD use in high noise areas, the data of Berger et al (2008) was used by the Council for Accreditation in Occupational Hearing Conservation (CAOHC) to derive a formula to allow for the use of the NRR in predicting the PAR measurement. This formula for estimating the PAR, or “Derating”, is the label’s NRR-7dB/2. For example, if the NRR was 31 dB on the label, the predicted PAR for that device would be 12 dB. In this example, if the noise level was 95 dB, 95 dB-12 dB = 83, dB the facility would be OSHA compliant at 83dB.

We now have audiometers that can measure PAR as part of a baseline or annual hearing test. The most common technique is a program that is incorporated into most computerized audiometers. Essentially, the hearing is tested without the HPDs, then HPDs are inserted, and another hearing test is conducted. These programs then conduct calculations on both the threshold measurement and the assessment with the HPDs to obtain the PAR. This method offers an “in situ” PAR rating which allows direct reduction of the PAR from the noise levels to arrive at the amount of actual hearing protection for the worker.

In actual fit checking of workers using HPDs, a Salt Lake City (2012) study found in PAR testing of 40 subjects, variability for reusable/disposable HPDs ranged from 5 dB PAR to 39 dB PAR, while testing CMHPS devices achieved a consistent PAR of rating 35.8 dB. Conducting a PAR test allows for accurate assessment of the amount of protection offered by various HPDs and the ability to predict how much protection is derived from a particular HPD on a specific individual.

Cost is an issue in the use of CMHPDs. While more expensive than generic plugs, CMHPDs are often more cost efficient, as they may be used for three or more years by a worker that uses hearing protection all day, every day. Depending on the type of CMHPDs selected, costs can range from $7 – $10 for room temperature-cured molds fabricated on site by professionally trained company staff or, when hiring an outside professionally trained provider, approximately $65 – $95 per set. As with many other product purchases, the volume of the CMHPDs required by the company to outfit its workers affects the discount price offered by these outside professionally trained providers. Pricing for digitally recorded laboratory molds begin near $110 per set and increase in price if filters and/or radio communications are added. 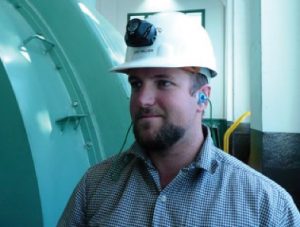 The variables in hearing protection are not simply the size of the ear canal but a combination of size and geometry, which varies significantly in the noise exposed employee population. Often when using the CMHPDs companies have found that their ongoing cost for disposable hearing devices is dramatically reduced, and employee acceptance of hearing protection is much higher than with the disposable products. For example, if an employee uses two pairs of disposable plugs per day at $0.18 per set or $0.36 cents per day at roughly 260 workdays in a year, this results in an expenditure of $93.60 each year per employee for disposable hearing devices. The average price of a set of CMHPDs for a worker is $75 and they have a duration of three years. Thus, for 100 workers using two sets per day, the price of disposables for a three-year period would be $28,080 while the cost of CMHPDs for the same period would be $7,500. Further, the workers would be protected more comfortably with better attenuation, reducing the possibility of standard threshold shifts. Ultimately, the use of CMHPDs becomes a smart business decision.

For those safety managers and occupational hearing conservationists concerned with the efficiency of HPDs within their hearing conservation program, the use of CMHPDs augmented by fit checking is an effective method of providing the most comfortable, accurate noise reduction and cost-efficient hearing protection.

Robert M. Traynor, Ed.D., MBA, FNAP is an Adjunct Professor of Audiology at the University of Arkansas for Medical Sciences and Salus University and a Fellow of the National Academies of Practice. He also consults and does forensic audiology (https://roberttraynor.com).

Garry Gordon, MS, is the CEO/Owner and Audiologist/Instructor at E.A.R Inc. Gordon has served well over 4,000 major medical, audiological and industrial accounts and trained a network of 500+ recreational and industrial providers who market high-quality hearing protection (https://earinc.com).